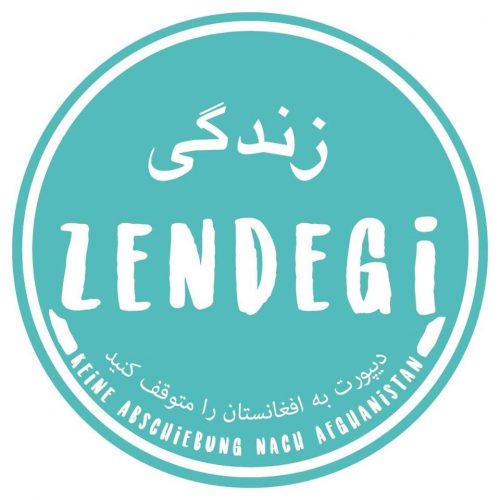 We, Zendegi, call for joining our protest camp on Augustusplatz, Leipzig, from October 21st till 24th. We protest against the deportation to Afghanistan on October 24th from Leipzig/ Halle airport. We call upon the citizens of Saxony, Saxony-Anhalt and everywhere else in the Federal Republic, to support us, the Non-Citizens, who live here in Germany.

Another group of friends is going to be deported to Afghanistan, October 24th from Leipzig/ Halle airport. Afghanistan is a war ridden, unsafe country. The deportation of people who seek for asylum and protection to war zones is nothing else than to put their lifes at risk, to leave them to the threat of death. Consciously, eyes are closed towards the mass dying, towards attacks, committed against the population of whole villages, towards the dead bodies that remain, towards the bombings, that haunt Kabul again and again.

We know that our protest camp won’t stop the deportation on October 24th. But we raise our voice to call for change, to get in dialogue with the citizens of German society. We know that this is a call German government won’t hear, in a time where Fascism is on the rise again.

Details on the Protest Camp

During the Protest Camp we’ll be present in different ways: